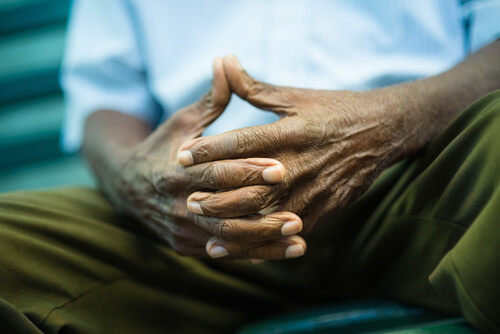 Aging is a regular part of life. Invariably with age come changes, such as retirement, the death of loved ones and the general stresses of life in the 21st century. There are also physical changes that can come along, such as greying hair and alterations in vision. Depression in the elderly is a common occurrence, but it is not a typical consequence of ageing.

Depression is much more than feeling “the blues” or the typical emotions everyone experiences in response to life changes, such as the death of a loved one or a life-altering medical diagnosis. Depression is an identifiable, recognised medical condition.

Those suffering under the shroud of depression find it interfering with their daily lives, sometimes at the most basic of levels. It isn’t indicative of a character flaw or a weakness; it is a physical illness that is treatable.

According to the National Institute of Mental Health, there are different types of depression, with the most common forms including:

Depression is not a healthy state in the elderly. It can lead to a worsening mental state, including thoughts of suicide. Gun deaths from suicides have risen dramatically in senior populations since the 1980’s. However, it is treatable. But first, there has to be recognition of it for what it is.

Recognizing Depression in the Elderly:

The most significant misconception about depression in the elderly is the assumption that depression is a natural part of ageing. According to the Centers for Disease Control and Prevention (CDC), an estimated seven million Americans aged 65 or older will experience an episode of depression.

Frequently it falls to those providing in-home care or family caregivers to elderly family members or clients to initially recognise a potential depressive episode. Part of the problem is the general attitude toward depression in the elderly. Among adults aged 65 or older, only 38 percent consider depression to be a “health” problem. Estimates are that as many as 68 percent of elderly Americans over age 65 know little to nothing about depression.

Because these older adults tend to take an “I’ll handle it myself” attitude toward their depression, less than half will seek help from a medical professional.

Those caring for or responsible for the care of elderly family, friends or clients should be aware of the most common signs of depression in the over 65 age group.

Most elderly persons treated for depression see an improvement in their symptoms. The key is to get them treated.

When It’s Time to See a Doctor

A loss of mental sharpness is never “a normal part of getting old.” There is a causative factor involved, whether it is depression, dementia, medication side effects, physical or mental illness, alcohol or substance abuse or a combination of any of these. If these behaviours or symptoms present in an older adult, it is worth evaluation by a healthcare professional.

If a senior is exhibiting any of the typical signs of depression mentioned above, an evaluation by his or her physician can lead to treatments with medication, therapy and healthy lifestyle changes. It may be that something as simple as adding a regular exercise regimen or increased social interaction is all that’s needed to counter the depressive episode.

Treatment for Depression in the Elderly

The potential for a positive outcome when treating depression is good. Therapy is just as effective among the elderly population as it is with younger people. With the elderly, the depression may accompany a problematic life challenge or situation. If so, addressing the underlying issue should be a part of the treatment plan.

The first step in treatment is ruling out medical causes. An older adult’s primary care physician can perform a comprehensive medical exam to rule out any underlying maladies. Treatment of depression in the elderly is the same as treatment in a young person: medication, psychotherapy or a combination of both.

Those suffering under severe, debilitating depression may necessitate more aggressive treatment measures, such as electroconvulsive therapy (ECT.) The medical professionals managing the older adult’s care, in conjunction with the patient and attending family members, will make decisions regarding this.

If seeing a medical doctor is not an option, a psychiatrist, psychologist or other mental health practitioners can evaluate an older adult for the presence of depression. Medical testing can then take place on a consulting basis.

Those caring for an older adult who is suffering depression are critical to finding and maintaining treatment. The elderly will look to family, friends and professional care agents, such as home health providers or hired companions, for the emotional support they desperately need.

Depression is a serious condition; ignoring it is not an option. Fortunately, it responds well to treatment.

Engaging Activities for Men with Dementia

When a male relative is suffering from dementia, it can be hard to find activities…

5 Facts About Dehydration Every Senior Should Know

Like all living organisms, humans need water to survive. Approximately 60 percent of the adult…

10 Facts About Chronic Lower Respiratory Disease Every Senior Should Know