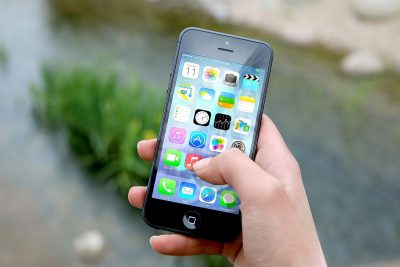 It began in the big cities. A new app allowing for “ride-sharing” proliferated across the nation and put into question the traditional model of city transportation. Taxi services experienced a steep decline in demand due to the rapidity, ease of use, and cost-effectiveness of an app called Über, which competed head to head with them for customers. Their unions made a fuss, and many are still tied up in court to this day. Regardless, the app made such profound waves in the transportation sector that other industries took notice, including home health care.

How did Über pull off such an industry-disruptive rise to riches? It was simple. The app connects drivers with passengers on a simple map that uses the location services on cell phones to track each party’s position. It made hailing a cab as easy as the click of a button. More importantly, Über circumvented the burdensome requirements of labor laws, unions, and other legal requirements by making all of their drivers independent contractors rather than employees. This allowed for cheaper rates and easier on-boarding of drivers.

Their rise to ride-sharing hegemony was not without controversy. Unions battled the legality of their practices in several cities, with pending outcomes. Other countries such as France and Germany have also challenged the labor practices of Über. The company has managed to navigate the proverbial storm of backlash beautifully, and they have since turned their sights toward more automation, including driverless cars.

Über’s success has given rise to a myriad of other companies in different industries who hope to replicate the ride-sharing giant’s success. One such sector is home health care, where the traditional model of care is loosely familiar to what taxi services were before Über. Providers are either privately owned or franchised, and they employ caregivers at hourly wages to provide care to their patients. Depending on the state of residence and on the type of care offered, various business licenses are required.

Home care, of course, is a vastly different industry with a far different future. AIn a recent market study estimated that home care will be a $350 Billion industry. This figure is expected to rise dramatically as Baby Boomers enter their golden years. Moreover, Inc. listed 13 home health care companies in their list of the 5,000 fastest growing companies in the country. Home care companies, it seems, are on the upswing despite a recent push to Überize the industry. Their bottom line has yet to be much affected, and no one seems to be too worried about the coming shift in care services.

Several companies have attempted inroads to offer a Über-like service to those seeking home health care. Their success has been lacklustre, and they haven’t yet disrupted the industry as Über did. They function much like the ride-sharing service insofar as they connect patients with caregivers through an app or website, and they are not providers themselves; instead, they list vetted caregivers who act as independent contractors. The appeal to individual caregivers is obvious: they charge anywhere from $13-$20 per hour, whereas home health care companies pay closer to $10 per hour. The appeal to patients is the perceived ability to compare caregivers better.

The exciting thing about these companies is that they appear to be cropping up all over the place. Care.com has recently added a senior care section to their site, followed closely by homecare.com, homehero.org, and carelinx.com. It may be said that Über benefited from being an original with little to no competition, and so they were allowed a few mistakes. It is not the case with home health care. Competition is steep, and more players are emerging seemingly every day.

Now for the big question: how will Überization affect home care?

We at 1-800-HOMECARE believe that the future of the industry will settle somewhere in the middle. Über-like companies will probably not upend the sector as it is today, but they will likely motivate change among traditional providers. How patients find providers and vis-versa are ultimately what will look different in the next few years. With a fast-growing elderly population, home care providers are going to continue to grow. Concerns over reliability will challenge sites like homecare.com and care.com in the same way that Über has been challenged regarding a variety of driver-instigated incidents.

What we see is a melding of the two sides of the industry, where private contractors and home health care companies will compete in the same space for patients on the same sites.

This will not occur without some challenges. Caregiver pay, for example, will continue to stagnate. Home care companies will need to keep costs low to compete with independent contractors, making the wage issue a continual problem. With wages flat, finding qualified caregivers will grow as a problem. Über benefited from being a point A to point B service. In contrast, caregiving is not a low-skill job. It requires basic medical training (like CPR), and in some states an array of certifications. It also requires a tremendous amount of patience and selflessness. Wages aside, turnover is high among caregivers. Add inadequate compensation, and we could be headed toward a caregiver cliff, with too many patients and too few caregivers.

From the patient point of view, caregiving is a very intimate experience. Choosing a caregiver is often as important as finding a good doctor. Therefore, from what we see, patients have not yet ubiquitously accepted the Über model for care. Instead, they prefer to turn to trusted, local home care companies who are licensed and bonded by the state and often more thorough in their intake processes.

Companies like Honor in San Francisco are attempting a happy marriage between traditional caregiving and the Über model. Their app allows patients to connect with caregivers quickly and efficiently, with the support of over-the-phone specialists. Caregivers are hired and paid competitive wages with benefits and are employees of the company. By Honor’s model, they are a Über who are also an actual home care company. Their model may be the one to change the industry for the better.

Invariably, change is on the horizon. While many industry experts expect the Über model to take home care by storm, how the industry is destined to change is still in question. What we know for sure is that as baby boomers approach the age where they will need elder care, demand for reliable and trusted care will grow. Perhaps the Über model will prevail, spurred by Baby Boomers’ children’s tech-savviness. Or perhaps the Honor model will prevail as the industry standard in a few years’ time. We think the latter.

What are your thoughts on the Überization of home care? Where is the industry headed? Leave your comments below, or share and start the conversation on social media.

What’s the Difference Between Home Care and Home Health Care?

Parkinson’s Disease: What You Need to Know for Elder Care

What is Parkinson's Disease? Parkinson's disease is a central nervous system disorder caused by the…

Is Technology Targeting Seniors the Next ‘Big Thing’?