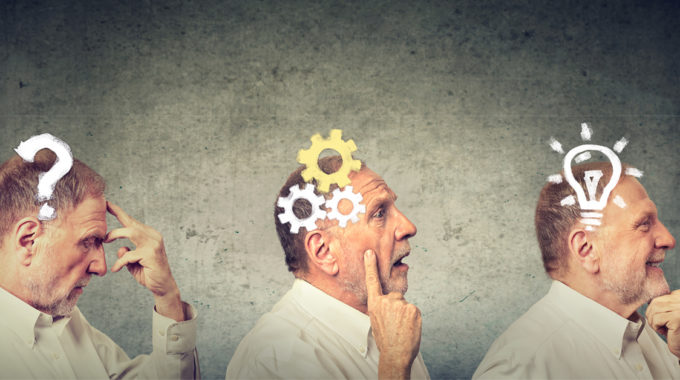 On December 19, the medical journal Neurology published a new study out of Duke University wherein researchers were able to reverse years of cognitive impairment among people age 55+. Dr. James Blumenthal from the Department of Psychiatry and Behavioral Sciences at Duke University Medical Center led the research team. They experimented with 160 seniors, with an average age of 65, who had some sort of cardiovascular risk factor, and who had cognitive impairment without dementia.

What is Cognitive Impairment?

Cognitive impairment is when a person has trouble remembering, learning new things, concentrating, or making decisions that affect everyday life. It ranges from mild to severe. In mild forms, people may notice a difference in their mental abilities but can still perform everyday activities. Ten to fifteen percent of people age 50+ have some level of cognitive impairment. As of now, there is no medical treatment.1 More than sixteen million people in the U.S. live with it. The CDC expects that number to skyrocket as the baby boomers age.2 Could the work of Dr. Blumenthal and colleagues help prevent this explosion of cognitive decline?

What are Cardiovascular Risk Factors?

This study only involved people with cardiovascular risk factors. These are conditions that would make heart attack, stroke, and other serious problems more likely. People in this study had conditions such as high blood pressure, diabetes, obesity, or high concentrations of fat in the blood.  They may also have been smokers. Not only do these situations increase the risk of heart attack, they are also associated with starting and speeding up cognitive decline.3 For this reason, the treatment in the Duke University study may not be as effective for everyone. People who have risk factors and who already have cognitive decline without dementia may be more responsive to this treatment than others.

How to Reverse Cognitive Impairment

Here’s how to reverse years of progressive cognitive impairment for people age 55+: eat well and exercise. Numerous studies over the past several years have shown that people with better diets and better fitness think and remember better.3 But that didn’t necessarily mean if you were already losing your memory that exercise would get your memory back. What is different about the current study is that researchers took higher risk people who were already having problems, coached them in better diet, put them on an exercise plan, and waited to see if it made a difference. It did. It made a big difference in executive function. That’s people’s ability to manage time, switch tasks, pay attention, plan, organize, remember details, avoid saying or doing the wrong thing, multitask, and do things based on experience.

Which Diet Improves Thinking and Memory?

It’s worth noting that other studies have also connected the Mediterranean diet with slower cognitive decline, improved cognitive function, and decreased risk of dementia.4 However, these studies were only observational. They did not measure what happens when people change their behavior, as the current Duke study does.

What’s the Best Way to Improve Memory and Thinking?

The current study tells us that the best way to improve memory and thinking is a combination of aerobic exercise and the DASH diet. Of all the singular interventions, exercise had the largest effect. However, exercise plus diet had an even greater effect. Dr. Blumenthal and colleagues only used the DASH diet, but diets other than the DASH may be effective as well.

Note: Nothing in this article is relevant to COVID-19. Please follow the advice of your…

40% of Seniors Have Errors in Their Medication Lists

Pneumonia is a common infection of the lungs, causing the air sacs in the lungs…