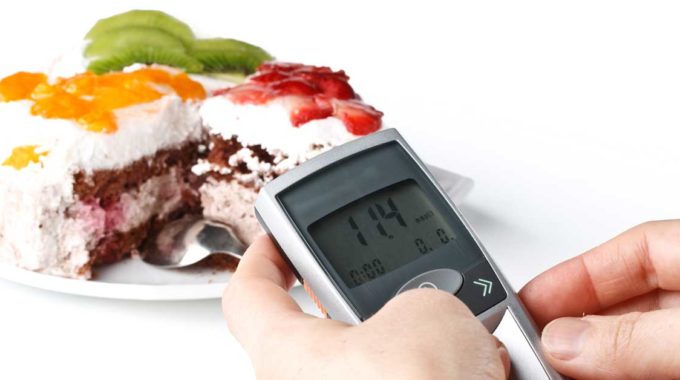 People don’t often think of diabetes as being deadly. It’s a manageable, chronic condition, right? You probably have parents or grandparents with diabetes. In fact, diabetes is listed as a cause of death on 300,000 to 400,000 American death certificates each year! There’s one main reason people don’t recognize how deadly diabetes is. Most mortality caused by diabetes is caused indirectly. Diabetes directly causes tens of thousands of deaths annually, but indirectly causes many more. Uncontrolled diabetes contributes to heart disease, stroke, high blood pressure, kidney disease, depression, and many other important health problems. Diabetes ranks as the #7 direct cause of death in the U.S., but if we were to include the number of deaths it contributes to, it would be even higher at #3. Yes, diabetes is manageable, but for people living in late retirement, management isn’t as easy as reading a brochure or visiting the doctor. However, America’s grandparents have known and accessible solutions in the healthcare system.

Diabetes Looms as a Growing Problem in the US

Diabetes affects more than one out of ten Americans, and the number increases with age. The disease generates a societal cost of $327 billion yearly.1 With an aging population, rich diets, and declining physical fitness, the prevalence of diabetes is expected to increase 55% over the next 15 years.2 Since most of the expense and sickness cause by diabetes occurs with older adults, the rise of diabetes will put a major strain on Medicare and the healthcare system.

What’s more, reports show around 12% of diabetics do not have control of their disease.3 When people regularly receive their healthcare from hospital emergency departments, the likelihood of uncontrolled diabetes skyrockets 79%. The onset of age-related cognitive decline also shows a connection to the risk of uncontrolled diabetes.4

Doctors commonly prescribe comprehensive diabetes management programs for the newly diagnosed, but there is a problem with this solution. Reports show that among people diagnosed with diabetes 10-15 years ago, the rate of poor glycemic control is 79% higher than the average.3 Uncontrolled diabetes is actually more of a problem for people with long-standing diagnoses, for people with limited access to healthcare, and for our grandparents and great-grandparents. In many ways, the healthcare system is not geared toward helping them.

Are Diabetes Solutions on the Horizon or Here Today?

Many of these grandparents could manage their diabetes better with diet, exercise, and medication. Effective training programs could go a long way toward lifting the future burden on Medicare as well as improving sickness and mortality rates for late retirees. A number of different training programs have been designed and tested, but with mixed results.5 These programs often choose very specific groups to test; have advanced and complex teaching tools; and have highly trained, specially qualified nurses and dietitians doing the training and care management. Even so, some of the programs still don’t prove beneficial, and some authors suggest these traits are part of the problem. Experts have suggested that a successful strategy for saving lives from diabetes will be one that works for most late retirees and one that works with already available healthcare professionals. They also note that solutions using the existing healthcare structure can be easier to adopt and maintain.

Proving those experts right, Dr. Maureen Markle-Reid and colleagues recently reported on a successful intervention. Their results were published in the Journal of the American Geriatrics Society.6 Their strategy included home nursing visits by general practice registered nurses, six training sessions over a period of months, and ongoing care coordination by a nurse. They tested the strategy from multiple locations. After the intervention, even geriatric diabetics showed improvements in self-management habits, improvement in depression, and improvement in quality of life. After the program, general healthcare spending went down. The cost of the program was more than recouped in decreased healthcare spending after only six months.

In keeping with the philosophy that solutions should fit into the existing healthcare structure, doctors, patients, and families can look to home health nurses to deliver the types of training programs shown to be successful. For qualified patients, Medicare already pays 100% for such programs. For many seniors, successful diabetes management training can’t be had in a busy medical practice. They need more time spent with them, repetition, and more personalized strategies. Home health nurses travel to a patient’s home, making the program very convenient. They often spend 30 minutes per visit, and they make multiple visits spread over weeks or months to ensure success. With healthcare being delivered in the home, home health nurses can recruit and train family caregivers to help grandparents. They can also go through refrigerators and pantries with seniors, having real-world conversations about actual food choices.

In conclusion, uncontrolled diabetes is deadlier than many people appreciate, but solutions are available. Our greatest risk is with grandparents and great-grandparents who have had diabetes for years, but who now have some aspect of their diabetes out of control. Home nursing interventions have a number of advantages and have been shown to be cost-effective. Experienced but general practice nurses can do the training. There’s a lot to learn and remember, so programs should plan on multiple training sessions spread out over weeks to months.

Physician Assisted Suicide: Where Do You Stand?

Patients in America have legally guaranteed freedom of choice, but like any freedom, if you…