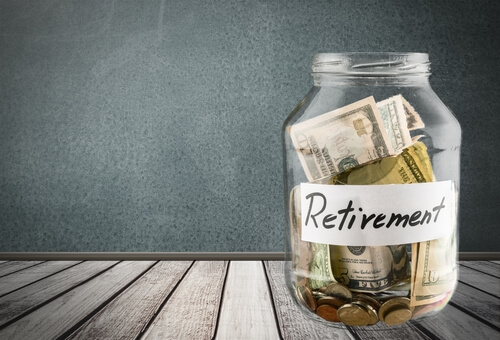 As Baby Boomers continue to retire (at a rate of almost 10,000 per day), economists have begun to worry about how their departure from the workforce will affect the economy. What has concerned economic watchdogs the most is the frightening number of Boomers who have not yet saved any money for retirement. What will this mean for the economy? Since Boomers are the largest generation ever to retire, the concern is that those who have inadequate retirement savings will need to vastly reduce their spending, which will ultimately slow economic growth.

Recent research conducted by the firm Comet Financial Intelligence found that 42% of Baby Boomers have not yet started saving for retirement.

Why did so many Baby Boomers not save for retirement?

The idea of retirement was created with three key pillars in mind: social security, pensions, and personal savings. This plan, however, was created when companies still offered pensions and helped their employees plan their savings. Over the course of the last four decades, corporations have sought to cut costs by favoring employee contributions to 401k’s rather than fund expensive pensions. Today, there are virtually no pension funds.

The shift from pensions to employee contributions to 401k’s greatly reduced the amount of money Boomers could anticipate for retirement. Money from retirement would need to come from employees, not employer contributions. As wages began to stagnate compared with the cost of living in the late 1980’s, Boomers found it increasingly difficult to put money aside for retirement.

Finally, the types of jobs made available by the economy over the last 30 years have shifted from steady, well-paying work to less stable, low-paying jobs such as retail. This shift has dramatically reduced the ability of workers to put money aside for retirement.

What will happen to Baby Boomers who haven’t saved for retirement?

As Boomers without retirement savings retire, they will quickly learn that social security will only cover about one-third of their working income. This is because social security was designed to work in conjunction with pensions and savings to cover the other two-thirds. Boomers who retire without a pension or savings will need to continue to work to stay afloat financially.

Even working during retirement may not afford Boomers the same lifestyle as before, and they will undoubtedly need to spend less. If half of the Baby Boomer generation must cut their expenditures in retirement, it could represent a massive reduction in consumer spending across the board and lead to a major economic slowdown.

Senior poverty will be a major problem in the coming decades.

Baby Boomers are not the only generation to have struggled with retirement savings. GenX, the generation that immediately follows them, are similarly ill-prepared, with 41% reported as having not yet saved anything for retirement. Like Boomers, GenX has suffered from the move away from pensions, and the diminishing quality and stability of jobs over the past few decades.

How does a lack of savings look in retirement? As reported by The Atlantic, it means cutting costs and working more:

For many seniors, the answer to this lack of savings has meant working longer and longer, as Roberta Gordon is doing. Today, about 12.4 percent of the population aged 65 or older is still in the workforce, up from 3 percent in 2000, according to Oakley. I met a woman named Deborah Belleau who is 67 and works as a manager at a mobile-home park in Palm Springs, California. She worked as a waitress for 30 years, and often relied on government assistance as she raised her two children as a single mother. “You just don’t think about tomorrow” when you’re more worried about getting food on the table, she said. That means that today, though she receives money through Social Security, she can’t afford a cell phone or a TV. Her rent is $600 a month. She works full-time at the mobile-home park, despite aches and pains in her back and feet. Sometimes, when she wakes up, she can’t walk. But, she says, “I can’t quit. There’s no way I can live on $778 a month,” the amount she receives from Social Security.

Another problem with senior poverty is that it could stunt the growth of certain senior care industries, including home care, senior living, and other elective healthcare services.

What can be done to increase savings for retirement?

For Baby Boomers, it is too late to do much to increase their savings. Solutions for them will need to include affordable housing projects and other support programs to keep them afloat. Other generations, however, need to be encouraged to save more.

Some states have begun to offer state-sponsored savings plans. In Oregon, for example, there is a state-sponsored retirement savings plan called Oregon Saves intended to encourage workers whose employers do not offer any retirement incentives to save. Workers can elect to have part of their paycheck put into a Roth IRA that is managed by the state and follows workers from job to job.

Other states will need to consider similar options, as well as spread public awareness for the problem of lack of savings in retirement. States and the federal government could also encourage employers to help more with retirement savings through various incentives.

Join us in sharing #ShareTheOrange for Alzheimer’s Research UK

Share the Orange Alzheimer's Research UK, a firm dedicated to research and education on the…

Dementia is a progressive illness for which there is currently no cure. Each person stricken…