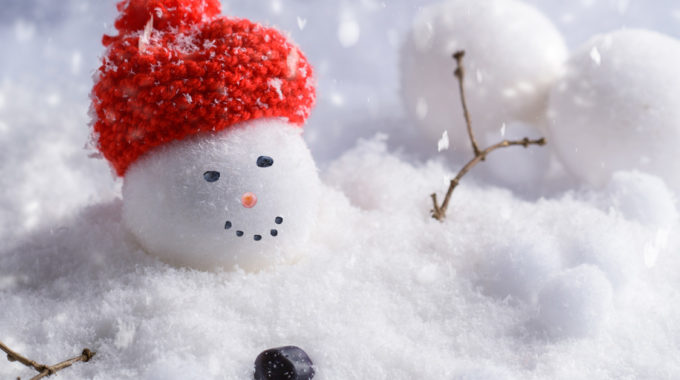 The holidays are upon us. A season of celebration fills the nation with good cheer. Unfortunately, for many, expectations of the holidays heighten a sense of loss and bring sadness – or so the story goes. Accounts of holiday blues publish so frequently that they are almost part of the tradition, but some are calling the story a myth. What are the facts?

A NewsBank database search reveals that newspapers have regularly invoked the psychological term “holiday syndrome” since the 1980s.1 Moreover, one report found that 70% of newspaper stories referred to a spike in suicide rates around the holidays.2

Only three years into private practice as a psychotherapist, Jule Eisenbud (who was famously interested in mental telepathy) published “Negative Reactions to Christmas” in 1941.3 However, it could be argued that Eisenbud described how pre-existing distress could be exposed by the holidays or triggered by individuals taking an annual accounting of their self-stories, rather than holidays actually causing psychopathology. Some authors credit James Cattell’s paper “The holiday syndrome” with coining the term in the paper’s title. Cattell, a Harvard-trained psychiatrist, described the holiday syndrome as an actual reaction to the holidays.5

The Data on Holiday Blues

However, empirical data does suggest a couple of hazards that correlate with the holidays. Older data suggests a spike in alcohol-related fatalities.6 And there is indeed some data suggesting a correlation between the holiday season and an increase in dysphoric moods.6  A dysphoric mood refers to a state that might be characterized by sadness, heaviness, numbness, irritability, or mood swings.

Watch Out for Post-Holiday Blues

Studies have measured as much as a 40% increase in suicide rates following Christmas – in the beginning of each new year – not during the Christmas season.6 On the other hand, at least one study found a decrease in suicides before, during, and after the Christmas season.7  The data does not paint an entirely clear picture here, but there is stronger support for the notion that serious psychopathology may follow Christmas rather than occur during the season.

The fact of the matter is that depression is a serious condition that occurs year-round. Where signs of clinical depression are present, people should seek the assistance of a healthcare professional. The American Psychiatric Association offers these indicators:8

Are the Elderly More at Risk for the Blues?

We often read that the risk of depression increases with age, but this may not be supported by the data. David C. Steffans, MD and colleagues examined the records of nearly 5,000 seniors in Utah, age 65 to 100.10 They concluded that the prevalence of major depressive disorder did not increase appreciably with age.

While the correlation of advancing age and depression may be a myth, data does support the notion that social isolation heightens the risk of depression.9-11 Furthermore, social support mediates that risk.12 Social isolation can occur with the death of family and friends and loss of the ability to drive safely. Never underestimate the value of visiting your older family and friends. Home care aides can visit more regularly and give some retirees greater opportunity to participate in hobbies or go on outings.

The phenomenon of holiday blues is probably more truth than myth. While major psychopathology seems to decrease during the holidays, negative moods may become more prevalent. There may also be a rebound effect in which suicide rates increase after Christmas, but this data is not conclusive. Not even the elderly are more at risk for depression like we so often hear, but one thing seems true: social activity and support are good for mental health. So, surround yourself with the people who care and be of good cheer, during the holidays and into the new year.

The number of joint replacement surgeries has risen dramatically in recent decades. So much so…

The Best Setting for Rehab After a Knee Replacement: Inpatient, Home, or Outpatient

While healthcare has been rapidly building knowledge about COVID-19, data regarding post-COVID, long-term effects is…