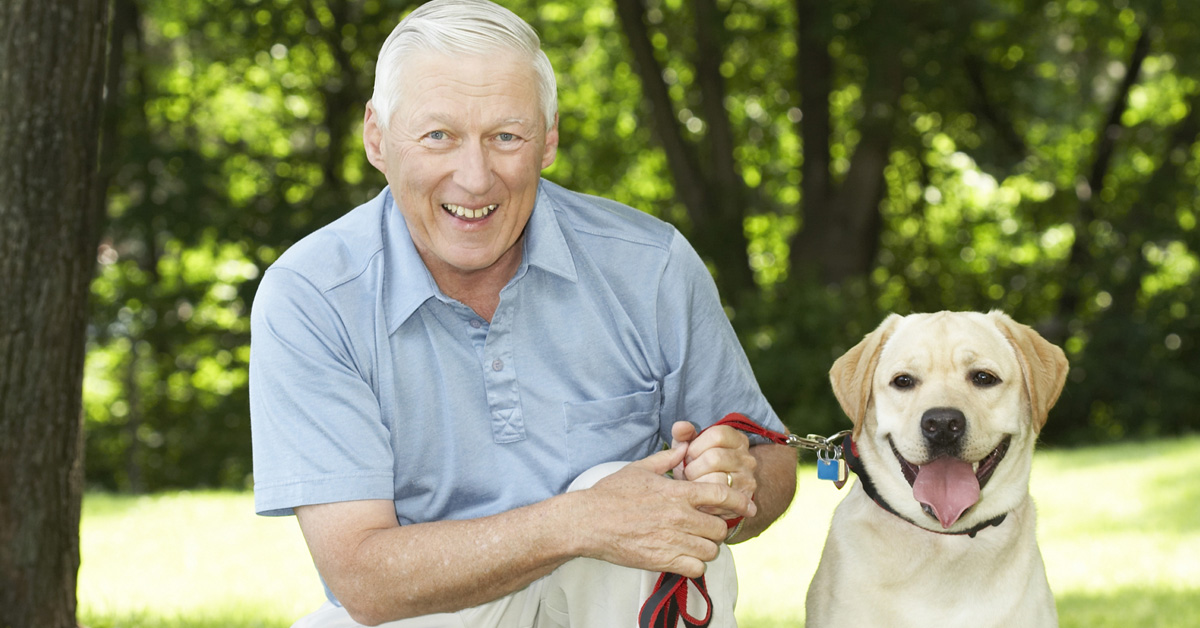 Pets offer unconditional love. Consequentially, they are associated with a number of health benefits, especially among seniors. But moreover, who can resist those eyes? On the other hand, are there risks inherent with pet ownership that people are overlooking? Some studies have associated pet ownership with tripping hazards and musculoskeletal injuries. Can those risks be managed? Do the benefits outweigh the hazard?

First, let us recognize the myriad of benefits associated with pet ownership. Pets provide socialization and encourage exercise. Those influences can go a long way. Various health outcomes have been studied. While some of the research is not scientifically conclusive, many point to encouraging benefits from pet ownership. Health benefits of pet ownership include:

On the other hand, pets pose a theoretical tripping hazard. Fall injuries rank as a major health risk as we grow older. Every second of every day, an American age 65+ falls. Every 20 minutes, an older American dies from a fall. Surveys show that 28.7% of Americans age 65+ fall each year, and the prevalence continues to rise with age.18 In addition to the injuries and deaths that occur from accidental falls, it’s common for seniors to lose confidence. They quietly begin to restrict their own activities, which can lead to lower quality of life and a self-reinforcing circle of deconditioning.

Do Pets Increase Fall Risk for the Elderly?

While we can say that pets are implicated in falls and injuries among the elderly, there has been no study specifically demonstrating that the risk is greater while there is a pet in the house. The largest study of this issue comes to us from the Division of Unintentional Injury Prevention, National Center for Injury Prevention and Control.19 Each year, pets are involved in 90,000 injuries. While pet-related injuries occur at all ages, the risk is greatest among people age 75+. Some injuries occur when seniors chase their pets or when dogs pull on leashes. Tripping is also common. However, the fall injuries involving pets make up only 1% of overall fall injuries.

How Seniors Can Reduce the Risk of Pet-associated Injuries

These risks can be mitigated. Recommended strategies for elderly include:

Recently, researchers from the University of Pennsylvania and Villanova University gave us the first, large,…

Medical home health sends clinicians to the homes of their patients. The clinicians come from…