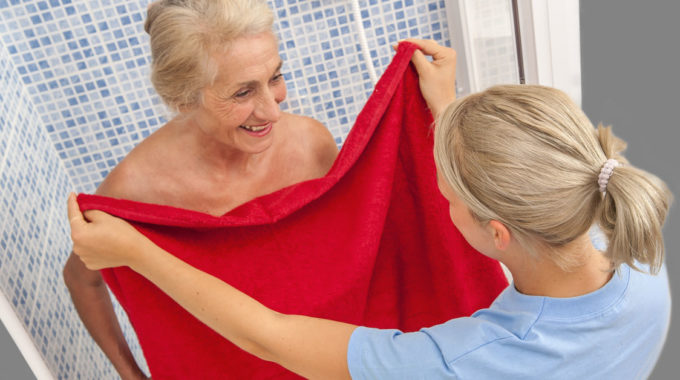 People often think of daily bathing as an important component of personal hygiene and health. Sometimes the adult children of aging parents become concerned when they learn their parents are bathing less often. Indeed, decreased personal hygiene is a major signal that a senior needs more help at home. On the other hand, it’s common for older adults to begin bathing less often. Did you know that there is no official recommendation from any authoritative body about bath frequency? We couldn’t find one research paper attempting to correlate bathing with health outcomes. In fact, medical journals and the blogs of doctors are replete with recommendations to bathe less frequently in certain cases.

How Often Do People Bathe?

Reasons to Bathe Less Frequently as We Age

As we age, our skin produces less oil, and we are less likely to get sweaty during strenuous activity. Therefore, bathing just to avoid odor becomes less necessary.

In short, there’s no set recommendation for how often healthy people should bathe. It’s common for people to bathe less frequently as they age, and international comparisons suggest this may not be unhealthy. In fact, doctors commonly suggest to patients that they should bathe less frequently than daily for skin health. When considering whether an aging parent needs help at home, look at general cleanliness (among other factors) rather than shower frequency.

When to Start Non-Medical Home Care

For many families, starting non-medical home care can be challenging. Retirees often resist the concept…

In a sensational announcement that had news and media outlets buzzing, the American Society of…

According to a study published recently in the Journal of the American Geriatrics Society, heart…

How to Help When Discharge Instructions are Too Complicated