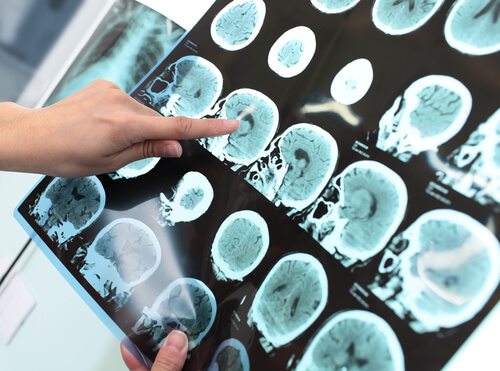 Alzheimer’s Disease is a form of dementia and a condition that impairs patients’ mental function and memory. Someone suffering from Alzheimer’s might be easily able to remember things from years ago but have a difficult time recalling things that happened minutes before. It is the sixth leading cause of death in the United States and has become more and more common as the years go on.

Here are 10 facts about Alzheimer’s disease that every senior should know.

More than five million Americans are living with Alzheimer’s disease, and it is expected that by 2050, this number could rise to as high as 16 million. Someone in the United States develops the disease every 66 seconds. Almost two-thirds of Americans with Alzheimer’s are women.

Of the 5.5 million Americans estimated to be living with Alzheimer’s dementia in the United States in 2017, an estimated 5.3 million are age 65 and older, and approximately 200,000 are under age 65 and have younger-onset Alzheimer’s. One in ten people aged 65 and older have Alzheimer’s. Because of the increasing number of people aged 65 and up in America, the incidence of new cases of Alzheimer’s is expected to reach new heights – nearly doubling the number of people who have it compared to today.

Genetics plays a strong role in the development of Alzheimer’s disease. There is also some evidence that high blood pressure and high cholesterol can play a role and cause a greater chance of getting Alzheimer’s. Head injuries are thought to be a risk factor as well – the more severe they are, the more likely the risk of Alzheimer’s later in life. However, having Alzheimer’s in your family is definitely the number-one factor in determining risk.

Alzheimer’s can be hard to detect initially because the symptoms can mimic those of aging. They include fading memory and sharpness of thought. While this is often considered to be a normal sign of aging, it is not. Memory loss is by far the most common symptom. It can include easily forgetting information that you just learned, such as important dates, names and events, and having trouble recognizing faces. Daily tasks, such as driving or basic chores, can become difficult. Times and places can seem confusing and patients can experience changes in vision that make it harder to read or gauge distance. These symptoms can worsen until a person actually puts him or herself in danger each day.

Age is a big factor in developing Alzheimer’s, but it isn’t a normal part of aging. Scientists aren’t sure why some people develop the disease and others don’t, but they know that it does come from two different types of nerve damage. Nerve cells get tangled, and protein deposits called beta-amyloid plaques build up in the brain. Researchers aren’t sure why this happens, but it is more likely to occur in patients with parents who have had the disease.

There is no known way of preventing Alzheimer’s, but evidence suggests that the DHA found in healthy omega-3 fats can help to reduce the risk by reducing beta-amyloid plaques. Patients can get these fats from cold-water fish like salmon, tuna, trout, mackerel, seaweed and sardines and it’s also possible to supplement with fish oil.

Treatment for Alzheimer’s involves close monitoring of people who have been diagnosed with the condition. Unfortunately, it is a progressive disease so symptoms will worsen over time to the point that a person won’t be able to care for themselves or live alone. It’s helpful for patients with early-stage Alzheimer’s to exercise regularly, eat a healthy diet rich in fruits and vegetables, spend time with friends and family and keep one’s mind active. It’s also helpful to maintain a healthy body weight, avoid drinking a lot of alcohol and get plenty of sleep.

In 2016, 15.9 million family and friends provided 18.2 billion hours of unpaid assistance to those with Alzheimer’s and other dementias. This contribution was valued at $230.1 billion total. Alzheimer’s care can take a huge toll on caregivers, and many indicate substantial emotional, financial and physical difficulties compared with caring for people with other types of dementia. Alzheimer’s is one of the costliest conditions to society, and people with Alzheimer’s or other dementias have twice as many hospital stays per year as other older people.

Staying aware of a patient’s risk of Alzheimer’s is an important part of being able to detect the disease and develop a plan in the event that it does affect someone. There is no test to predict whether or not someone will get Alzheimer’s, but a person’s family history can play a strong role. If a patient has family members who have been diagnosed with Alzheimer’s it’s a good idea to get regular tests as a senior in order to determine if he or she has any of the symptoms.

Why Mental Health Problems Are Often Missed in Older Adults.

When a young person exhibits the signs of anxiety and depression, their healthcare provider is…

10 Reasons Seniors End Up in the ER

10 Reasons Seniors End Up in the ER As people get older, it's not uncommon…

Diabetes is a chronic disease related to insulin levels in the blood. According to the…

Liver Disease: What Every Senior Should Know

As people age, it isn't unusual to see an increased incidence of detrimental medical conditions.…