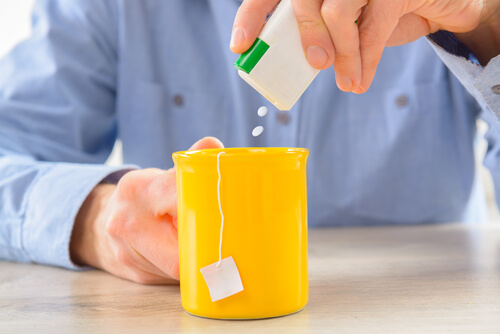 A new study on the potential harmful of effects of artificial sweeteners is making the rounds on morning talk shows and in news articles. The media are espousing a new link between artificial sweeteners and an increased risk of obesity and diabetes. As is true with most scientific studies, the actual conclusions of the study are far more nuanced than what the media is reporting. While the headlines may spark fear and a desire to ditch artificial sweeteners altogether, it is best to take an in-depth look at what was found, how it was found, and what it means for human consumption.

What did the artificial sweetener study find?

Numerous mainstream media outlets have purported a new study published on April 23, 2018, by researchers at the Medical College of Wisconsin as having found a link between the consumption of artificial sweeteners and an increased risk of diabetes and obesity.

The study set out to explore the negative consequences, if any, of consuming artificial sweeteners such as aspartame and acesulfame potassium. The study abstract explains, “It was not until recently that the negative impact of consuming non-caloric artificial sweeteners in the place of sugar had been increasingly recognized as a potential contributor to the dramatic increase in diabetes and obesity, along with the associated complications.”

In the end, the study did find that the administration on artificial sweeteners did raise the risk of obesity and diabetes as much as pure sugar (glucose and fructose), although the mechanism for the risk was found to be different. This result, however, is based on certain conditions, so don’t take it at face value just yet.

How did researchers get their results?

The research was conducted using mice, not humans. Animal trials are a stepping stone for scientists to begin human trials, and conclusions drawn from animal studies should not be taken as definitive results. Only when human tests are conducted, peer-reviewed, and replicated can we say that the results are valid. This study is far from conclusive proof of anything.

Furthermore, laboratory scientists do not have the luxury to wait years for their animal subjects to develop the conditions they hope to find, particularly when studying ailments such as obesity and diabetes. Instead, they devise rapid testing conditions whereby markers for certain conditions will become evident quickly after administering a control substance (in this case, artificial sweeteners). What this study did, in particular, was test mice in vitro, meaning in the womb.

An in vitro test returns far more rapid results than allowing the mice to mature and administering the control substance over time. More important to consider is the fact that the amount of the control substance administered is much more significant than the amount a human might consume over their entire lifetime, and it is administered at a critical stage in the animal’s development so that results will appear quickly.

Do artificial sweeteners cause diabetes and obesity?

As far as we know, no. Artificial sweeteners are no more dangerous to your health than the processed sugar you consume on a daily basis. The “link” espoused in the media is not much of a link at all. While the researchers did find a causative disease pathway through the administration of artificial sweeteners to in vitro mice, it is not evidenced that the same causative disease pathway exists in humans, and most certainly not at the dosages allowed by the FDA.

Should you ditch artificial sweeteners?

Artificial sweeteners have tremendous potential to help people maintain a healthy weight. For people who suffer from diabetes and obesity, they are a useful tool to satisfy a person’s sweet tooth without contributing to their daily caloric budget. So far, the benefits of artificial sweeteners far outweigh the potential downsides that we know to be true.

The occasional and moderate consumption of artificial sweeteners will not hurt you.

If you are healthy and have a healthy weight, there is no need for you to consume artificial sweeteners. As with all dietary supplements, we don’t know what the long-term impact or health implications will be. All nutritional supplements are use-at-your-own-risk, a fact everyone should understand. Nothing beats a healthy, balanced diet with few sweeteners, artificial or otherwise.