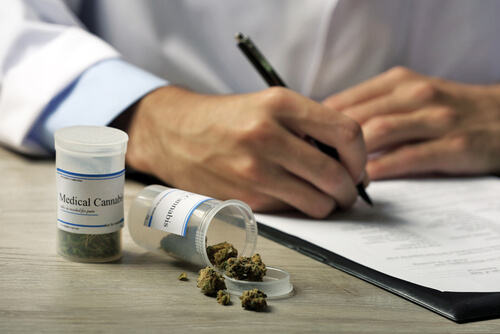 It’s no secret: America faces an epidemic of opioid addiction and death unparalleled in its history. The overprescription of opioid painkillers has led and continues to lead certain patients to addiction. Once addicted, these patients often turn to illegal street drugs when their prescriptions run dry. Why opioids have become such a destructive force in America is a conversation of its own, but now is the time to focus on solutions. One team of researchers believe they have found a tool that could help curb the rate of addiction to opioids as well as relieve pain for patients. In two recent studies, researchers from the University of Georgia suggest that Marijuana legalization dramatically curbs addiction and death rates from opioids.

Key Findings of the Studies

Published on April 2, 2018, the studies found a positive correlation between marijuana legalization and a lower rate of opioid deaths. The studies described the opioid epidemic as having increased by nearly 320% since the year 2000, and the rapid explosion of opioid-related deaths is only getting worse. In states where marijuana has been legalized, the researchers found a net stagnation in the numbers compared with states where marijuana is still illegal.

To conduct the study, researchers analyzed Medicare recipients, since it is a population with the most readily available data. For opioid deaths in people outside the Medicare system, there is not enough data or information to include as part of the study. Researchers looked at prescription rates for Medicare recipients across all states and found that states where marijuana is legal prescribed an average of 16% fewer doses of opioids than states where it is illegal. Similarly, states where recreational marijuana is illegal but medical dispensaries are allowed, researchers found that, on average, nearly 8% fewer doses of opioids were prescribed than in states where marijuana is entirely illegal.

In short, medical cannabis laws are associated with significant reductions in opioid prescribing in the Medicare Part D population. This finding was particularly strong in states that permit dispensaries, and for reductions in hydrocodone and morphine prescriptions.

There are two main reasons why the legalization of marijuana might reduce the incidences of opioid deaths. First, marijuana can be used by healthcare professionals as an alternative to opioids in states where medicinal marijuana is legal to prescribe. Marijuana has been shown to be more effective than opioids at reducing symptoms in patients with chronic pain. Furthermore, the availability of marijuana to recreational users may lead to more people self-medicating for their pain rather than seek out a medical professional for help. These two factors combined are thought to be the driving factors behind the study’s results.

At least in patients enrolled in Medicare programs, the legalization of marijuana was found to have dramatically curbed the increase of opioid prescriptions and deaths.

The study authors noted the following in their published findings:

“While these 2 studies were the first to demonstrate reductions in prescription use for large populations in the community, neither focused on how opioid medication use changed as MCLs went into effect. If nonnarcotic nonsteroidal anti-inflammatory drugs were the prescriptions that declined when MCLs went into effect, the potential for MCLs to induce reductions in opioid use would be questionable. In addition, those articles did not distinguish between the type of MCL; they did not identify whether the effect differed for states that permit access to medical cannabis via dispensaries compared with the effect in states that require home cultivation only. Clearly, the opportunity cost for accessing cannabis will be lower if patients can go to a dispensary rather than spend several months engaged in cultivation, and so the potential benefits for opioid diversion could be quite different across the type of MCL. As the National Institute of Drug Abuse now states on its web site: “[S]ome preliminary studies have suggested that medical cannabis legalization might be associated with decreased prescription opioid use and overdose deaths, but researchers don’t have enough evidence yet to confirm this finding.”

While the legalization of marijuana remains controversial in many parts of the country, researchers are finding that the drug has numerous benefits that had never before been considered. Particularly in regards to the opioid epidemic, it seems the legalization and regulation of marijuana could be one more tool for healthcare professionals to cope with the underlying problem. In their conclusions, the study authors explained:

“In this study, we investigated whether medical cannabis access was associated with prescription opioid prescribing in Medicare Part D. We found that overall opioid prescribing in Part D was lower when states permit access to medical cannabis. When examining data by individual drug classes, we found that prescriptions for hydrocodone and morphine had statistically significant negative associations with medical cannabis access via dispensaries; while not statistically significant, there were also negative associations between dispensary MCLs and fentanyl and “other opioid” use. Combined with previously published studies suggesting cannabis laws are associated with lower opioid mortality, these findings further strengthen arguments in favor of considering medical applications of cannabis as one tool in the policy arsenal that can be used to diminish the harm of prescription opioids.”

For seniors dealing with chronic pain from cancer, arthritis, diabetes, or other health conditions, the fear of opioid use is real. No one wants to be a statistic in the opioid crisis. The legalization and normalization of marijuana could be a valuable alternative to opioid use to help seniors with health and mobility problems maintain a high quality of life.