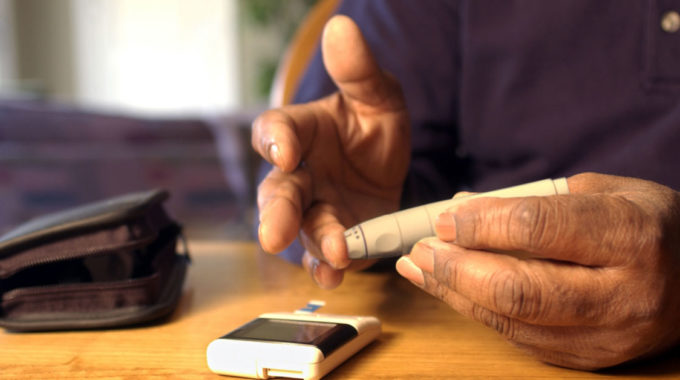 2019 has seen an explosion of scientific articles about diabetes remission. These studies are describing outcomes where people with type II, adult-onset diabetes are going for months and even years with normal A1C values and without needing glucose-lowering medication. Studies have previously established that gastric sleeve surgery can put diabetes into remission,1 but this new research doesn’t include surgery or any expensive medical procedures. Instead, the research emerging in various peer-review journals describes treatments that – theoretically – people could do themselves at home, for free.

Is This Another Diabetes-Cure Fad?

This new research is drawing the attention of major media outlets, because the treatments described are no fad. The research comes from major institutions such as research centers at the University of Copenhagen and is being published by the American Diabetes Association, the journal Food Science & Nutrition, Obesity Medicine, Diabetic Medicine, and others. In some respects, the data is still considered preliminary. The researchers themselves are calling for larger studies to explore and confirm their findings. On the other hand, the treatments they are describing have mountains of evidence backing them, can do no harm, and are potentially free.

How to Put Diabetes into Remission

How are these researchers putting diabetes into remission? Diet and maybe some exercise, but there’s a little more to it. They are providing intensive, guided interventions. Rather than simply meeting a couple of times and saying “good luck,” they are providing multiple encounters spread over weeks, months, and maybe for up to a year. In one study, in addition to diet coaching, participants enrolled in near-daily exercise classes lasting 30 to 60 minutes each.

Is This Diabetes Treatment Really Effective?

Studies are measuring early remission and partial remission rates at 50% to 79% of participants.2,3 After the treatment ends and patients are on their own to manage their diabetes, remission rates drop to 25% to 30%. However, those lower long-term remission rates are still than triple usual remission rates. Motivation to continue strict adherence to a low-calorie diet and/or to a near-daily exercise plan may have a lot to do with sustained remission success. Nevertheless, better diabetes control may still be happening even without meeting the definition of remission.

Which Diabetics Benefit Most from Diet and Exercise?

Some research suggests that the people most likely to put diabetes into remission are those with adult-onset, type II diabetes that is more recent. The longer the diabetes goes without major changes in exercise and diet, the lower the odds of remission.3 As type II diabetes continues, the beta cells in the pancreas become increasingly incapable of insulin production. For people who are over their recommended body mass index, attaining the recommended body mass index can reverse this and increase the body’s ability to produce insulin naturally.4  Unfortunately, there is some evidence that once the beta cells become completely incapable of insulin production, neither weight loss nor exercise can restore their function.3 It’s possible that some pancreatic beta cell function must be present for diet and exercise to put diabetes into remission.

Why This Works in Europe and Other Countries but Not the U.S.

Most, if not all, of this research is occurring outside the United States. Funds for researching non-proprietary treatments are limited. Moreover, America’s healthcare system, largely isn’t designed for the sorts of intensive diet and exercise training described in these studies. In the U.S., doctors have long lamented the futility of prescribing diet changes, because people typically need more guidance than the system provides.5 The interventions in these studies involve multiple training sessions spread over weeks, months, and up to a year. There is little in the American healthcare system that provides for that much access to a nurse, dietitian, exercise physiologist, or physical therapist. Professional guidance and increased access to professionals seems to be a key component to the success in these programs. The American healthcare system would probably require some restructuring to allow for broad implementation of these programs.

The one major exception to this is America’s Medicare-certified home health agencies. Under current regulations, most patients would need to be homebound. When that condition is met, Medicare pays 100%.  Home health agencies then send nurses and physical therapists for intensive diet and exercise training designed to improve diabetes management.

Can Diabetes be Cured?

The current medical consensus is that this new research does not describe a cure. Rather it describes programs that put diabetes into remission. What’s the difference? Remission means that blood sugar stays within normal limits even without the use of medications. The underlying physical nature of diabetes may still be present. If the diet is not maintained, full-blown diabetes will return. In this sense, the diabetes is not cured.

Will You Get Enough Rehab After Surgery?