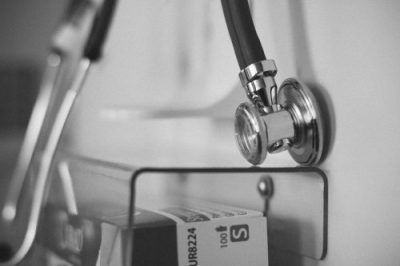 Among the many divisive issues swirling around this election cycle is the issue known as physician assisted suicide. Also known as right to die, it is a matter handled primarily by the states, and one which has seen plenty of mudslinging on both sides. Recently, right to die has resurfaced as a mainstream topic, specifically because of Brittany Maynard, a young woman diagnosed with a terminal illness who moved to the state of Oregon to end her own life. Her story reignited a national debate over the right to die, a debate which continues across the nation, particularly in states where assisted suicide is illegal.

What is physician assisted suicide and how is it done?

Merriam-Webster defines assisted suicide as suicide with help from another person, such as a doctor, to end suffering from severe physical illness. Even in states that have legalized physician assisted suicide, not just anyone can ask for a pill to end their life. There are laws put into place in order to protect patients and their families. Currently, Death with Dignity laws – laws allowing for physician assisted suicide – exist in Oregon, California, Washington, Montana, and Vermont. As the debate continues, others may follow suit in the next few years.

The process of allowing a patient to take their own life is long and has many requirements. This gives a seeking patient time to consider their actions. After being diagnosed with a terminal illness that allows for six months or less to live, a patient may qualify for assistance. A doctor asked to perform such a task reserves the right to opt out of participating if they so choose. Patients must be a resident of a qualified state, be 18 or older, and mentally competent to qualify. Once the lethal dose of medication is acquired, the patient must be able to self-administer the drugs. At least two physicians must see that these requirements are met. Getting the OK to have a prescription written is a whole other process. With the help of a doctor, three formal requests must be made. The first is an oral request which is filed into the patient’s medical records. After a minimum waiting period of 15 days, a second oral request must be made. A written request must also be made after the first oral request is submitted. This request must comply with the laws of the state in which the patient resides and must be presided over by two witnesses who are not the patient’s doctor, and one witness who is not a family member or beneficiary. After a second waiting period of 48 hours, the subscription of lethal drugs may be filled. What happens next is up to the patient in question.

The ideas surrounding right to die did not spring up overnight. Euthanasia, defined as the act of assisted death, is a word rooted in the Greek language, meaning “good death”. The philosopher Francis Bacon was the first to coin the word in the 17th Century, in which he explained that, “It is a physician’s responsibility to alleviate the ‘physical sufferings’ of the body.” It is a simple idea, but an idea nonetheless that has been the cause of a heated debate spanning most of U.S. history. In 1828, America’s first law officially banning assisted suicide was placed in action in New York. Over the next several years more states followed suit. In 1915, the American public was stirred up over an incident in a Chicago hospital where Dr. Harry Haiselden refused to perform a life-saving surgery on a deformed newborn. Instead, the doctor allowed the child to die rather than to let it live in its deformed state, thereby, in his opinion, alleviating the child’s suffering. His decision created a tremendous uproar which caused the great euthanasia debate to resurface. Following the incident, proponents began bringing more attention to the matter and it seemed for a time as if euthanasia might become common practice in the US. However, with the outbreak of the second world war, that support quickly diminished. With the mass murder of millions, the American people wanted little to do with euthanasia, a word whose original meaning was tainted by Nazi war crimes. The resulting fear was that the underprivileged members of society would be coerced into dying at the hands of doctors. It wouldn’t be until the 1970s that the movement would pick up some speed again. The US senate and the American Hospital Association began to reevaluate their stance on the issue, particularly in regards to end of life care. In 1974 the Right to Die organisation was founded and became a major contender in promoting physician assisted suicide as a part of end of life care.

Jack Kevorkian, perhaps the most pivotal proponent of assisted suicide, brought national attention and controversy to the issue when he helped a terminally ill patient, Janet Adkins, end her life in 1990. Charged with murder, he was eventually acquitted. He faced a jury two more times for the same crime in the 1990’s, but it wasn’t until 1998 that Jack publicly announced his assistance in the death of his fourth patient, Thomas Youk, on the television show 60 Minutes. He was convicted of murder and imprisoned in 1999. After eight years he was released from prison on good behavior. His advocacy would continue to fuel the right to die debate and may possibly have contributed to several states legalizing physician assisted suicide.

Although some state lawmakers are working to lift bans on physician assisted suicide, there exists stern opposition. 45 states have struck down appeals to lift bans on or pass bills allowing for physician assisted suicide. Groups like Right to Life are working to uphold what they see as the sacredness of life, an argument that seems to resonate with a majority of people. They argue that legalizing physician assisted suicide is a step toward government sponsored euthanasia, which could propel our nation down a slippery slope. In light of fairly recent history, their argument holds credence among voters. The right to life movement has arguably seen more success in recent years and is likely to continue to see success moving forward.

Where do you stand?

Where do you stand? Should there be a right to die for the terminally ill? Or should we allow nature to take its course? Comment below and tell us what you think. All opinions are welcome, and we encourage a healthy, constructive discussion.

Experts Aim to Discover if Alzheimer’s is Infection-Based

Personal Emergency Response Systems: Do They Really Help? Are They Still Relevant?

“Help! I’ve fallen and I can’t get up!” These TV commercials from Life Alert popularized…

For each Medicare-certified home health agency, families can use Medicare’s Care Compare to see what…