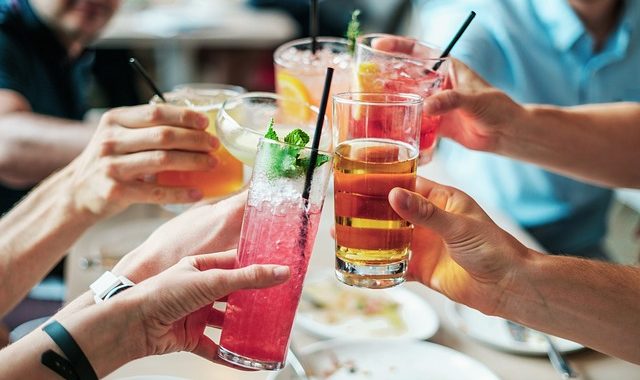 In a sensational announcement that had news and media outlets buzzing, the American Society of Clinical Oncology warned that light drinking may increase the risk of cancer. Pulling evidence from a multitude of studies linking alcohol with cancer risk, a new study published in the ASCO journal revealed a concerning trend whereby any amount of alcohol may raise cancer risk.

“If you don’t drink alcohol, there’s no reason for you to start. If you drink moderate amounts, look for ways to cut back,” one of the study’s authors said in an interview on NBC News.

What the Study Found

The study published by the ASCO found a reasonable amount of evidence to suggest that alcohol, a known cause of cancer in heavy drinkers, may raise cancer risk in moderate and light drinkers. Based on their findings, they have proposed the following recommendation: promote public education about the risks between alcohol abuse and certain types of cancer; support policy efforts to reduce the risk of cancer through evidence-based strategies that prevent excessive use of alcohol; provide education to oncology providers about the influence of excessive alcohol use and cancer risks and treatment complications, including clarification of conflicting evidence; and Identify areas of needed research regarding the relationship between alcohol use and cancer risk and outcomes.

Does moderate alcohol consumption raise my risk of cancer?

Aaron Carroll of the New York Times News Service discussed the study findings and the implications they have for light to moderate drinkers:

“The gist of the oncology society announcement is that there is a reasonable amount of evidence finding an association between some cancers (specifically oropharyngeal and larynx cancer, oesophagal cancer, hepatocellular carcinoma, breast cancer and colon cancer) and alcohol. It acknowledges that the greatest risks are with those who drink heavily, but it cautions that even modest drinking may increase the risk of cancer. In the United States, the announcement also notes, 3.5 percent of cancer deaths are attributable to alcohol.

Of course, this means that 96.5 percent of cancer deaths are not attributable to alcohol. If we eliminate heavy drinking, which no one endorses as healthy and where the association is surest, that number climbs. If we also eliminate those who smoke — smoking is believed to intensify the relationship between alcohol and cancer — the number of cancer deaths not attributable to alcohol approaches 100 percent.

Let’s stipulate that there may be a correlation between light or moderate drinking and some cancers. We still don’t know if the relationship is causal, but let’s accept that there’s at least an association. For breast cancer — which is cancer that seems to be garnering the most headlines — light drinking was associated with a relative risk of 1.04 in the announcement. Relative risk refers to the percentage change in one’s absolute (overall) risk as a result of some change in behaviour. (And 1.04 is a 4 percent change from 1.0, which represents a baseline of no difference in risk between an experimental group and a control group.)

A 40-year-old woman has an absolute risk of 1.45 percent of developing breast cancer in the next 10 years. This announcement would argue that if she’s a light drinker, that risk would become 1.51 percent. This is an absolute risk increase of 0.06 percent. Using what’s known as the Number Needed to Harm, this could be interpreted such that if 1,667 40-year-old women became light drinkers, one additional person might develop breast cancer. The other 1,666 would see no difference.

While the headlines were sensational in nature, the increase in cancer risk for light and moderate alcohol consumption is actually quite negligible. The danger, and this is a common problem, is to adequately define what light and moderate drinking is versus heavy drinking. There are heavy drinkers who may not realize that their alcohol consumption is considered excessive, and they are putting themselves at risk for liver disease. Moderate drinking is defined as one drink (one glass of wine, one beer, or one unit of spirits) per day for women, and two drinks per day for men. Any more than this amount is considered heavy drinking and significantly raises cancer risk. For everyone who sticks to one or two drinks, alcohol will not significantly increase their risk of certain types of cancer.

The Best Setting for Rehab After a Knee Replacement: Inpatient, Home, or Outpatient

Earlier this month, the White House unveiled its action plan, “Path Out of the Pandemic,”…

Fall injuries rank as a major health risk for retirees. Among people age 65+, 30%…

For each Medicare-certified home health agency, families can use Medicare’s Care Compare to see what…