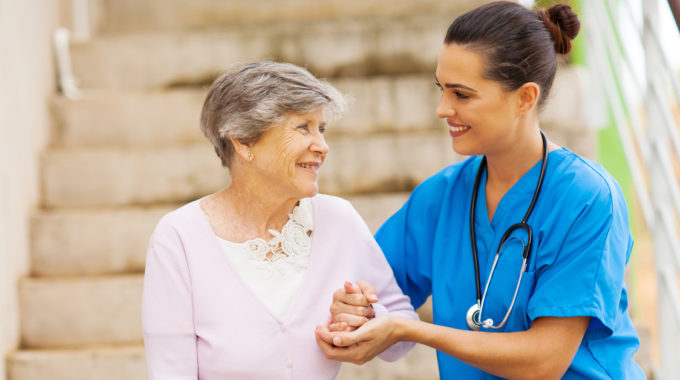 Roughly one in four people age 65+ report an accidental fall each year.1 For some seniors, these accidents can be deadly. Falls are the number one cause of accidental injury deaths among seniors.2 What’s more, a recent CDC bulletin reports that fall deaths and the fall-death rate have risen steadily since the turn of the century. We’ve seen more than a 250% increase in the number of fall deaths, rising from 11,722 in year 2000 to 29,668 in 2016.3,4

Interestingly, this data may not apply to you. In the most recent analysis, fall death rates increased in 30 states and Washington DC. The 10-year rate actually declined in Vermont, New Mexico, and Hawaii. That doesn’t mean these states are safer than the rest, unfortunately. Vermont and New Mexico rank among the top ten states with the highest fall rates along with Wisconsin, Minnesota, Colorado, South Dakota, Oregon, Rhode Island, Oklahoma, and New Hampshire.

The ten states with the lowest fall death rates are:

Why is the Fall-Death Rate Increasing?

The aging population explains only part of the increase. People age 85+ prove more likely to fall than people age 65 to 84, and people age 85+ are a growing portion of the senior population. Also, the 31% increase is measured after adjusting fall rates for age. Therefore, the changing demographics do not fully explain the increasing rate of fall deaths.

Increasing rates of polypharmacy (having 5 or more meds) may play a role. The most likely explanation is that survival after the onset of common diseases such as heart disease, cancer, and stroke is on the rise.5 Naturally, as death rates from top diseases fall, something else must take their places.

Taking a Stand Against Falls

The good news about the rise of fall deaths is that many accidental falls are preventable. Doctors should be screening for fall risk in annual senior wellness exams.4 Among seniors with a high risk of falls, fall prevention programs that target multiple risk factors have been shown to reduce the rate of falls.6 Home health stands out as a primary source for fall injury prevention programs. When seniors qualify, Medicare pays 100%. Home health sends nurses and therapists to the homes of seniors for medication review, home safety assessment, gait training, fall safety training, and more.

Many of us will eventually take on a caregiver role in one form or another.…

Is America Losing the Battle Against Diabetic Amputations?

Amputation is an unfortunate consequence of uncontrolled diabetes. Starting in 1990, diabetic foot and leg…